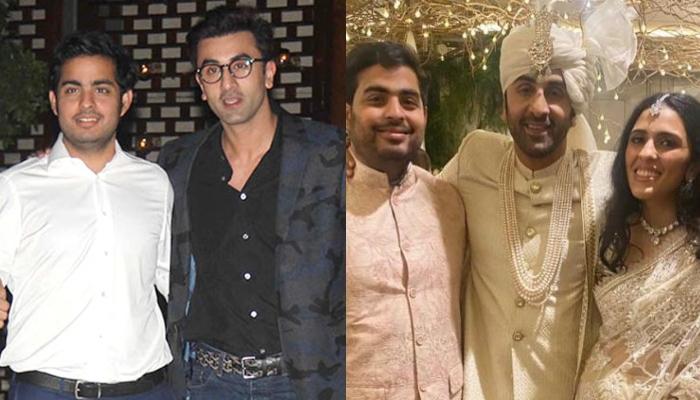 Indian businessman, Mukesh Ambani’s elder son, Akash Ambani, is the Chairman of India’s largest telecom company, Jio. Over the years, Akash has worked closely with the team and helped carve a niche for Jio in the digital world. The grandson of late Dhirubhai Ambani, Akash Ambani has, time and again, proved that he is a great businessman, and he would help his company achieve new heights in the coming future.

On the personal front, Akash Ambani had tied the knot with his childhood sweetheart, Shloka Mehta, on March 09, 2019, at the Bandra Kurla Complex, Mumbai. Their wedding was one of the most expensive weddings in India, and it was graced by the who’s who of the glamour world. After a year of marital bliss, Akash and Shloka became proud parents to a little munchkin in 2020, whom they’ve named Prithvi Akash Ambani. Akash Ambani and his wife, Shloka Mehta Ambani rarely make a public appearance, but whenever they do, the couple ensures to make heads turn. On September 22, 2022, Akash and Shloka were spotted by the paps as they arrived at parents-to-be, Ranbir Kapoor and Alia Bhatt’s residence for dinner. The couple twinned in white ensembles as they made a grand entry surrounded by their bodyguards. Check out the pictures below:

On April 14, 2022, we had got hold of an unseen picture of Ambanis from Ranbir Kapoor and Alia Bhatt’s close-knitted marriage. In the picture, we could see Ranbir’s best friend, Akash Ambani, and his wife, Shloka Mehta, posing with the dulhe raja with their smiling faces. For the event, Akash had donned a baby pink-coloured sherwani, while his wife, Shloka looked gorgeous in an ivory-hued saree. She had completed her minimal look with a diamond necklace, matching earrings and a maang teeka. The couple had made heads turn with their fashion quotient.

Also Read: Shweta Tiwari Reveals Why Her Daughter, Palak Chose To Be An Assistant Director Before An Actress 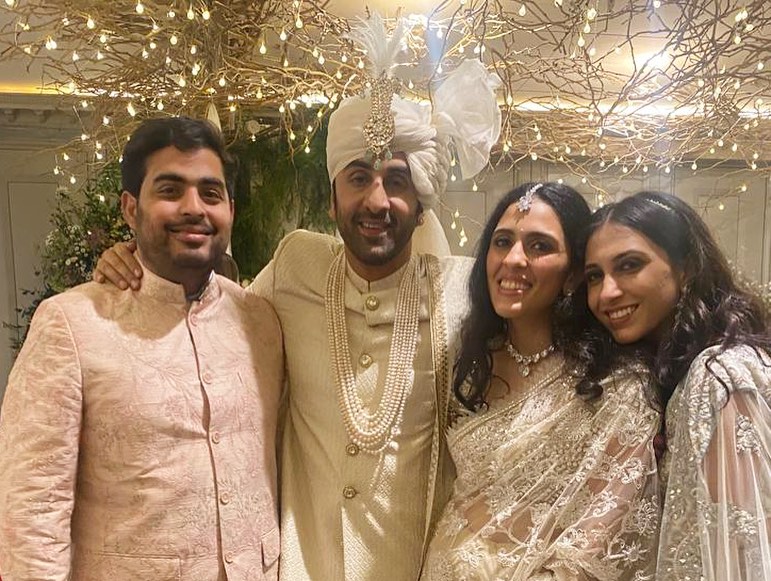 For the unversed, Ranbir Kapoor and Akash Ambani are the BFFs in Tinseltown, and their friendship is long-lived. Earlier a report in India Today had stated that Ranbir desperately wanted his best friend to be by his side, so he personally went and invited Akash Ambani and Shloka Ambani to his wedding with Alia Bhatt. The report also revealed that Akash Ambani had cancelled his international trip to attend the wedding. For the unversed, Ranbir had also attended Akash and Shloka’s wedding and pre-wedding festivities. 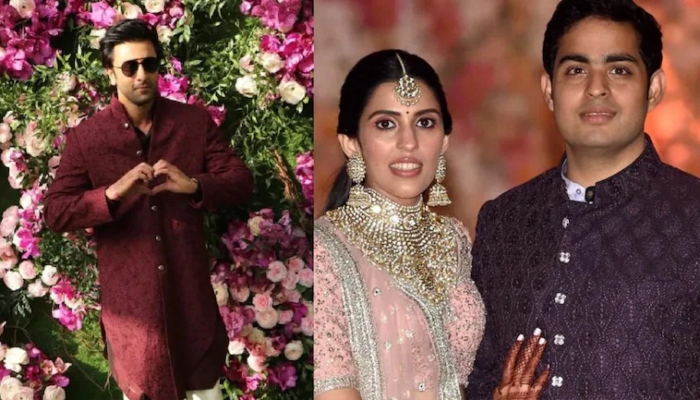 We can’t wait to see the glimpses of Akash and Shloka’s dinner party at Ranbir-Alia’s residence!