Ananya Panday is one of the most popular actresses among the newbies in the tinsel town of Bollywood. Ever since she entered the Bollywood industry, the star kid has been in the spotlight. She made her debut in the industry in the 2019 film Student Of The Year 2 alongside Tiger Shroff and Tara Sutaria and has not stopped ever since. Despite being a few films old, the Pati Patni Au Woh actress has successfully made her space in the big and glamorous world of showbiz.

The actress likes to keep quite an active presence on her social media space, where she often treats her fans and followers to glimpses of her personal and professional lives every now and then. Speaking of which, a few moments back, Ananya took to her Instagram story and shared a new selfie. In it, she is seen wearing funky and oversized black sunglasses which belong to Karan Johar. She captioned the photo: “Guess who” and credited KJo for the sunglasses. Ananya had no makeup on her face and was seen wearing a white tank top. 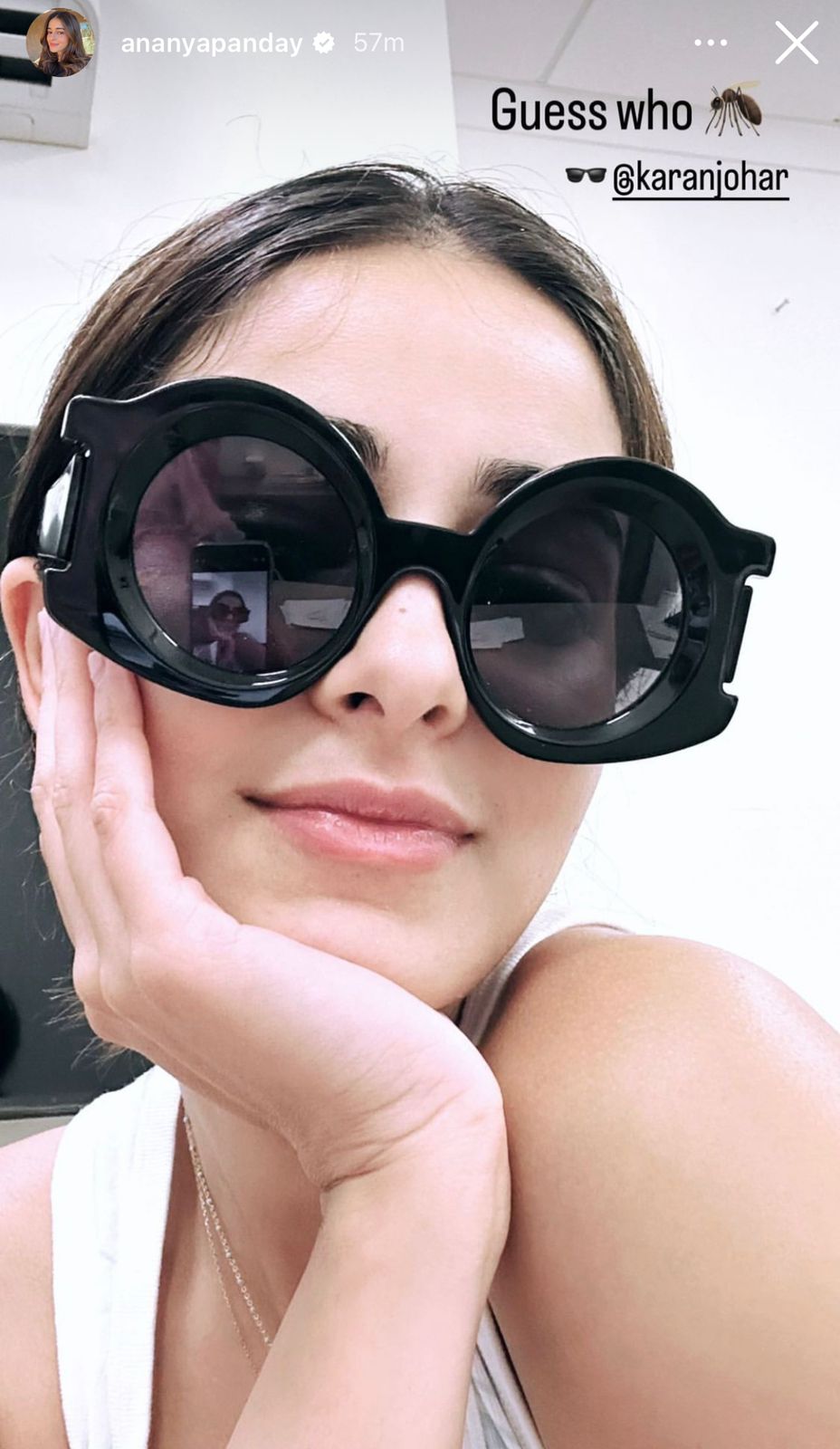