Anushka Sharma, who has been away from the silver screen for quite a long time, will be making her onscreen comeback with her upcoming film Chakda Xpress. In the film, the actress will be seen portraying the character of an Indian woman cricketer, Jhulan Goswami. Anushka has also been training hard for the film and often shares pictures and videos on her social media handle. Meanwhile, the ‘Sui Dhaaga’ actress shared a photo on her Instagram story and updated her fans about the England schedule of the film.

Have a look at Anushka’s pic: 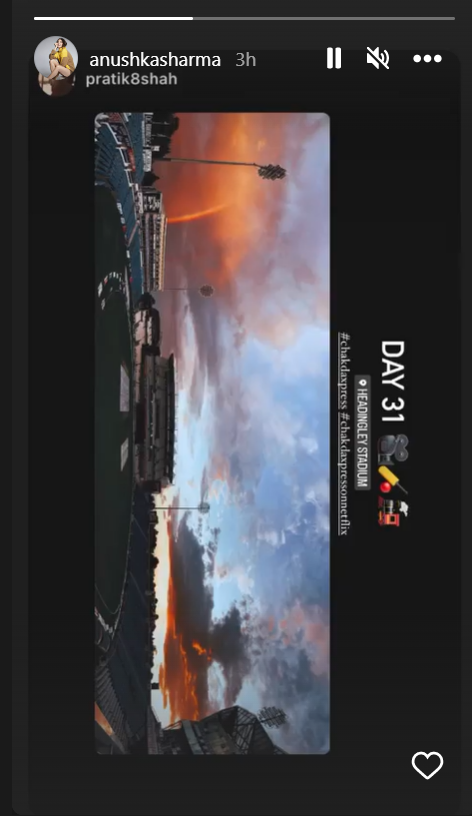