PLOT: The true story of Canada’s notorious “Flying Bandit” Gilbert Galvan Jr (Josh Duhamel). A jail escapee from the U.S, Galvan makes his way to Canada and attempts to go straight. But, once he falls in love with a local woman (Elisha Cuthbert Jr) and discovers he has a baby on the way, he turns to bank robbery to make ends meet. To his amazement, he has a natural, uncanny gift for being able to knock over banks without injuring anyone, and once he gets financing from a local tough guy (Mel Gibson), the sky is the limit. For a while anyway…

REVIEW: I was wary of watching Bandit. Why? The story is a good one, and the cast is promising, but I’ve been burned by many star-driven crime movies lately, particularly ones with huge names like Mel Gibson in supporting roles, as they tend to fall into the Randall Emmett camp of DTV movies. Have any of those been any good, ever? That’s why Bandit was a surprise, with director Allan Ungar’s movie clearly a passion project for all involved (who made the well-received Uncharted Live Action Fan Film a few years back). It has nothing in common with the likes of Panama or Cosmic Sin, with it instead telling a compelling true story that should be higher on people’s radar than it currently is.

It helps that Ungar’s got himself a solid leading man to play Galvan. Josh Duhamel has been constantly pigeonholed in rom-coms or as third-fiddle in movies like Transformers, but he’s terrific here. He’s never gotten this juicy a role to sink his teeth into, with him having the right kind of movie star charm and swagger to play the high-flying Galvan. We’re supposed to believe that Galvan was charming enough to be able to rob fifty-plus banks without using violence, and Duhamel plays him as an essentially decent guy. He gets a rush from robbing banks but doesn’t want to hurt anyone. Rather than use fear or intimidation, he relies on a series of disguises and costume changes that can’t help but make even his pursuers admire him.

Bandit really does subvert expectations, especially once Mel Gibson enters the fray as the underworld fixer he gets involved in. Usually, in a crime thriller like this, the Gibson character would threaten Galvan or his family, but, perhaps truer to the facts, he can’t help but admire the man and even become something of a friend to him, albeit one that has his own interests at heart. Gibson is thoroughly engaged by the part, with Ungar exploiting his famous irascibility with a funny recurring bit where he rants about MTV and Boy George (the movie takes place in the mid-eighties).

Notably, the film, set in Canada, was shot in Georgia due to the pandemic, but (speaking as a Canadian), you couldn’t really tell. If anything, I appreciated that this one is the one film I’ve seen about Canada where folks aren’t constantly saying “eh” to each other. The cast is note-perfect, with Elisha Cuthbert incredibly appealing as Galvan’s wife, who’s aware of what he’s doing and doesn’t entirely disapprove. The often under-used Nestor Carbonell also has a solid part as the cop chasing Galvan, and in a departure from the norm, he’s portrayed quite sympathetically. They even included some nods towards Carbonell’s famous eyelashes, with people asking him over and over if he’s wearing eyeliner.

While made on a budget, all involved made a fairly slick movie, with a great soundtrack that includes the great “Oh Yeah” by Yello in the climax and, nodding towards the Canadian aspect, some period CanCon hits by Trooper and Doug & the Slugs.

My only issue with Bandit is that at just over two hours, I can’t help but feel it goes on a little too long. They probably could have shaved twenty minutes or so to give it more of a kinetic pace, but then again, I can’t say it ever really lags. Also, I’m not too fond of it when movies show the real person the film was based on during the wrap-up, as for me, it always breaks the movie’s spell. A simple epilogue does the trick, in my opinion. All that said, I had a very good time with Bandit, which is certainly not at all the DTV entry some are dismissing it as. It’s a real movie, with Duhamel good enough in the lead that, were enough people to see it, could change the way he’s thought of as an actor. He’s played lightweight many times, but Bandit proves he can easily rise to the challenge when given a meatier part. 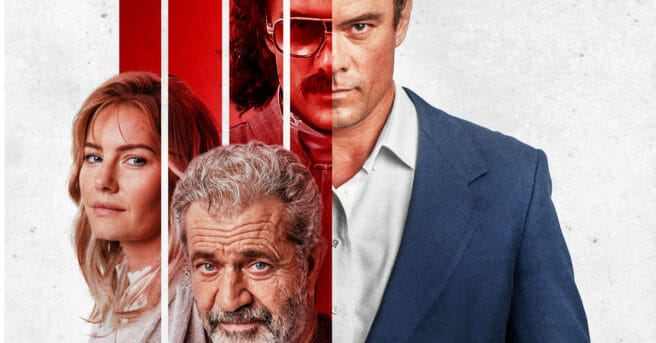