Alongside the note, Chrissy posted two mirror selfies in a cropped black T-shirt and black sheer underwear, showing off her baby bump 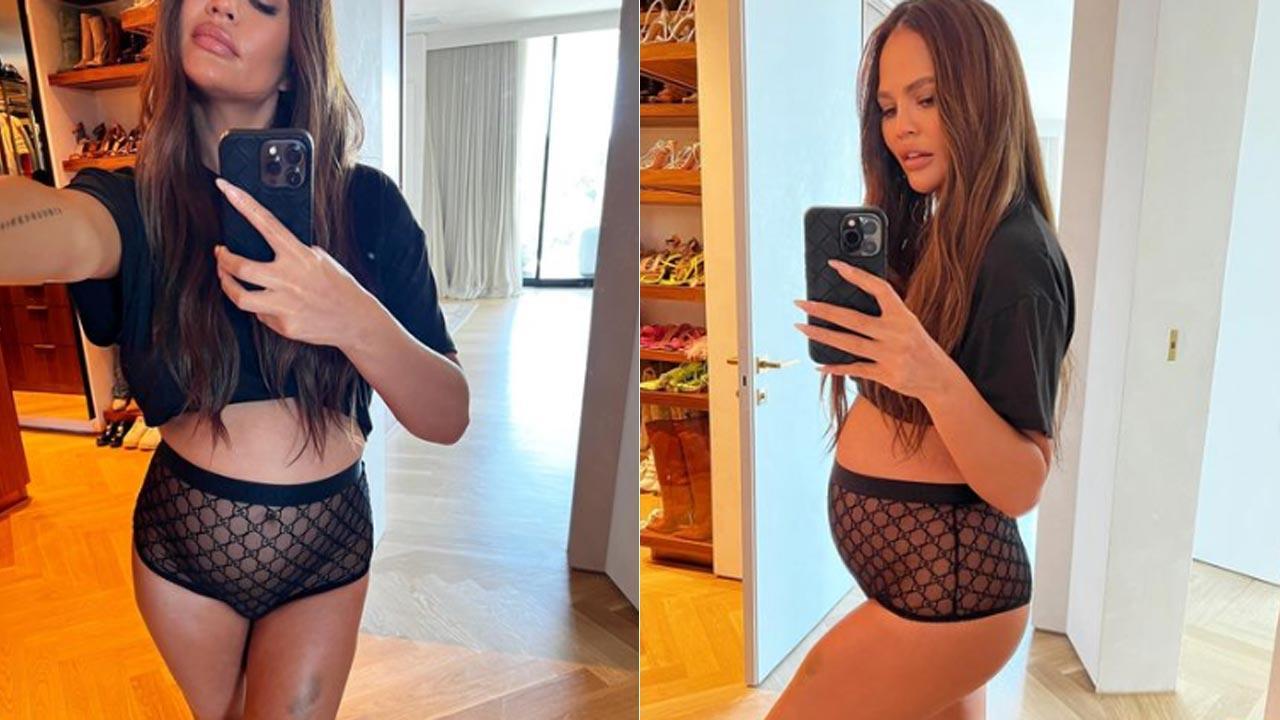 Model Chrissy Teigen is pregnant. On Wednesday, Chrissy took to Instagram and announced that she and her husband John Legend are expecting a baby. “The last few years have been a blur of emotions to say the least, but joy has filled our home and hearts again. 1 billion shots later (in the leg lately, as u can see!) we have another on the way. Every appointment I’ve said to myself, ‘ok if it’s healthy today I’ll announce’ but then I breathe a sigh of relief to hear a heartbeat and decide I’m just too nervous still,” she wrote.

“I don’t think I’ll ever walk out of an appointment with more excitement than nerves but so far, everything is perfect and beautiful and I’m feeling hopeful and amazing. Ok phew it’s been very hard keeping this in for so long,” Chrissy added.

Alongside the note, Chrissy posted two mirror selfies in a cropped black T-shirt and black sheer underwear, showing off her baby bump. As soon as Chrissy shared the good news, netizens chimed in the comment section to congratulate the couple. “Congratulations beautiful!!! So happy for you,” a social media user commented.

Also Read: Chrissy Teigen reveals how she is doing amid bullying scandal

This story has been sourced from a third party syndicated feed, agencies. Mid-day accepts no responsibility or liability for its dependability, trustworthiness, reliability and data of the text. Mid-day management/mid-day.com reserves the sole right to alter, delete or remove (without notice) the content in its absolute discretion for any reason whatsoever