“How long you can go Neha Kakkar? Stop ruining our old classics for us. Falguni Pathak is the OG. Stop with it already,” one of the posts on Falguni`s Instagram Story read. 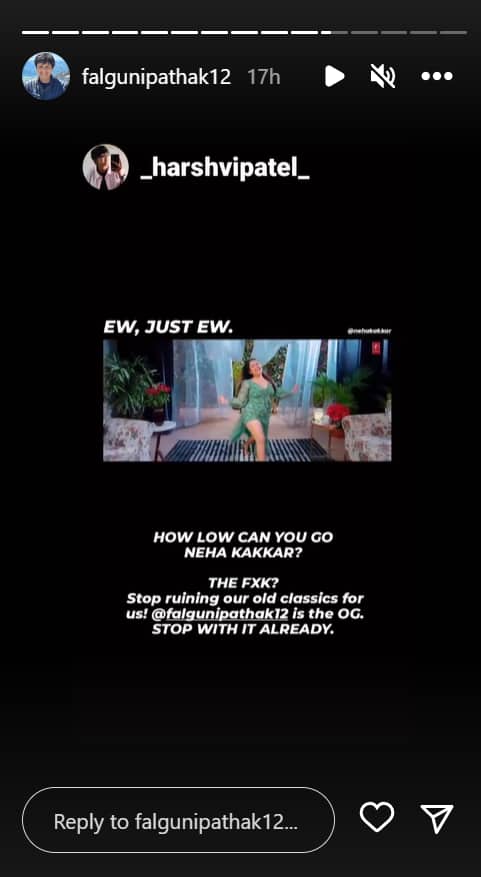 The original song was released in 1999 and it featured actors Vivan Bhatena and Nikhila Palat. The song was played out as a puppet show in a college fest. The song was a massive hit. The new version was unveiled recently.

Priyank Sharma and Dhanashree Verma have featured in the music video for `O Sajna`. Tanishk Bagchi, who is known for recreating old hit Hindi songs, has composed `O Sajna`.