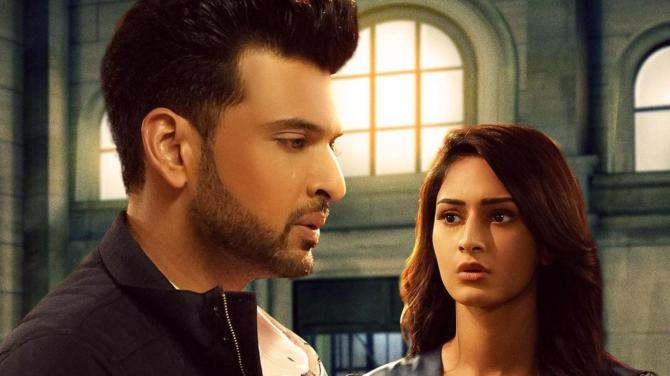 Actors Karan Kundrra and Erica Fernandes have paired up for an upcoming music video. Titled `Akhiyan`, the first look poster of the song was dropped earlier today. Karan and Erica took to their respective social media handles to share the first poster of the upcoming video.

“Presenting you the first look from our new song “Akhiyan” with @shekharkhanijo featuring @kkundrra @iam_ejf Written by @jaani777 Music by @avvysra Video by @arvindrkhaira (sic),” read the caption. Sung by Shekhar Khanijo and penned by Jaani, the music of `Akhiyan` is composed by Avvy Sra.

Fans took to the comment section to express their excitement for the song. “Super excited for this…Karan,” wrote a fan. “Manifesting this one to be even more successful,” wrote another. “congratulations man…soo prd of you,” wrote a fan. “Both looking cute together,” read another comment on Karan`s Instagram post.

Also Read: Karan Kundrra: I have promised Pratik Sehajpal that I will look after him