Why you won’t ‘spot’ Amit Sadh: Audience is evolved, doesn’t care about what time I reach airport, or my clothes | Bollywood Entertainment News...

Kajol Shares A Stunning Video Of Her Mom, Tanuja’s Looks From Old Films, Pens, ‘U Taught Us To Soar’ Entertainment News Mummy 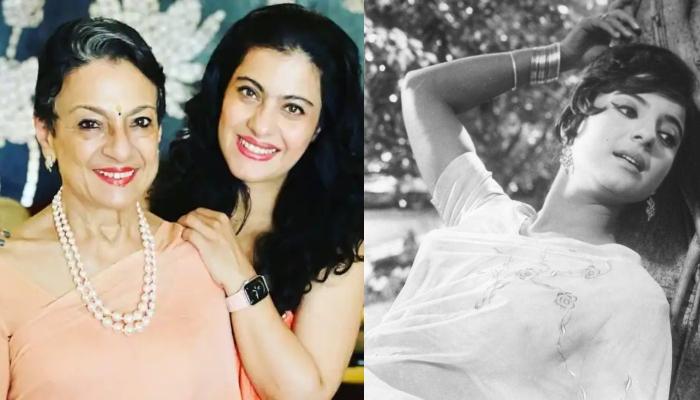 Bollywood beauty, Kajol is the daughter of yesteryear actress, Tanuja and Indian director, Shomu Mukherjee. Undoubtedly, Kajol has walked in her parent’s footsteps and entered Bollywood. Apart from her stunning acting skills, Kajol is also loved for her love and dedication to her family. Glimpses of the same are often found on her social media handles. For instance, as her mother turned 79 on September 23, 2022, the doting daughter’s wish for her mommy was simply unmissable.

Kajol shares a very beautiful bond with her mommy, Tanuja. Evidence of the same is timely found in their public appearances and interviews. Earlier, the mommy-daughter duo had appeared on the famous Marathi TV show, Kon Honaar Crorepati. And in one of the promos of the show’s episode, they could be seen sharing some fun anecdotes from their personal and professional lives. Not only that, Kajol was also seen complaining about how her mother, Tanuja used to scold her when she was a child. To which, Tanuja responded by saying that Kajol would never listen to her and that the latter would always be lost in her own world. The doting mommy also revealed that whenever she used to tell Kajol anything, the latter used to stare at them with her big eyes. Check it out:

Also Read: Priyanka Chopra And Her Husband, Nick Jonas Head Out For A Date Night In New York

On September 23, 2022, Tanuja turned 79, and her darling daughter, Kajol wished her super adorably. Taking to her IG handle, Kajol shared a video consisting of her mommy’s looks from her old films, starting from when she was a child artist to the present. Indeed, the video was simply unmissable. Along with it, Kajol penned a heartfelt note for the birthday girl and mentioned how the yesteryear actress had taught the right things to her daughter. Calling her the captain of her boat, Kajol wrote:

“She’s completed 70 odd years in the movies and 48 as my mother .. through this entire journey never once did I feel anything but safe and loved.. so many trials and yet she discussed everything that makes a life worth living with us. From death to compassion to charity to anger bitterness love and forgiveness. Like she says ” if I keep telling u these things then one day they will take root when u need them most “… and I thank u everyday for making me a thinking responsible feeling adult.. u taught us to soar not by throwing us off the cliff but by flying off it yourself and letting us watch u soar unafraid. I will always be ur first lieutenant and commander of ur armies and you will always be my captain and my queen.. love u to the moon and back mom.”

Tanuja and Kajol share a beautiful bond with each other and the doting mommy not only sees the good in her daughters but is also their greatest critic. For instance, earlier, in an interview with the PTI, Kajol had revealed how her mother, Tanuja never really liked her films. The doting daughter, Kajol mentioned that her mom did like her performance in her movies but not the film. However, it had come as a pleasant surprise for Kajol, when her mother lauded her with heaps of praise for doing the movie, Gupt. She had stated:

“I remember my mother (Tanuja) telling me, ‘Oh my God, what a film!’. And that’s the highest accolade that I can get because my mother rarely likes my films, she would like my performances but not films… It was also the time when there was nothing else (mediums). A big film would definitely be a hit as we didn’t have social media and had no other form of entertainment, except cinema. So, for a film to do 25 weeks or a golden jubilee was much easier then. There is so much competition with a big screen today.” 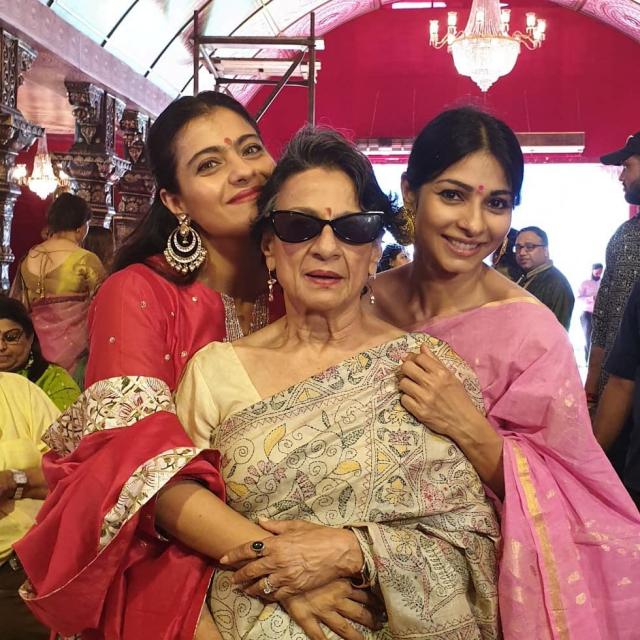 In another interview with Pinkvilla, Kajol had shared the one major parenting lesson that she had inherited from her mother, Tanuja. She revealed that her mother had once told her how a child should be taught to make decisions on their own and the consequences of it. Talking about the same, she had said:

“My mother has passed down too many things to me. The most important thing that she passed down to me was, ‘You have to make your children think for themselves.’ I think that was the biggest learning that I took back and that led to everything. They have to learn how to think for themselves, make their own decisions and find out whether they can live with their consequences or not. That is the only way they will learn whether this decision is the correct thing for them.” Aren’t Kajol and Tanuja setting pure mother-daughter goals? What do you think? Let us know!

Next Read: Mother Of 3, Celina Jaitly Celebrates Wedding Anniversary With Austrian Hubby, Reveals How They Met

Why you won’t ‘spot’ Amit Sadh: Audience is evolved, doesn’t care about what time I reach airport, or my clothes | Bollywood Entertainment News...

Duchess of Cornwall, the Queen Consort – but is there another new royal title for Camilla? Entertainment News Mummy Fashion