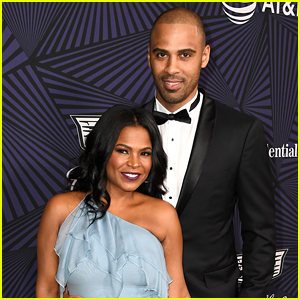 Ime Udoka, Nia Long‘s longtime fiancé and head coach of the Boston Celtics, could be suspended from the NBA for a year following a report that he had an “intimate and consensual relationship” with a female staff member.

Shams Charania, the lead NBA writer for The Athletic, broke the news on Twitter and reported that Ime‘s alleged behavior was “deemed a violation of [the] franchise’s code of conduct.”

ESPN noted that Ime could miss the whole season. His assistant coach Joe Mazzulla is reportedly expected to step up and fill the role if that is the case.

Ime only joined the team in the summer of 2021.

Neither Nia or Ime appear to have commented on the report yet.

Earlier this year the couple went viral after Celtics fans seemingly realized for the first time that they were together. Check out the reactions here!

In case you missed it, Nia also explained why she and Ime never got married. Here’s her explanation.