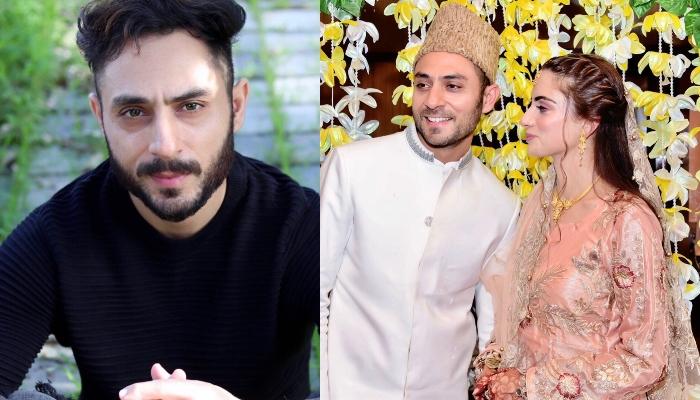 Popular television actor, Mudasir Zafar tied the marital knot with the love of his life, Saroosh Zarag, in an intimate wedding ceremony in Kashmir. The actor renowned for his acting performances in famous shows like Pyaar Tune Kya Kiya, Behnein, Sanskaar Laxmi is now a married man, and it is indeed a painful moment for his massive female fanbase. The actor’s wedding was attended by his close friends from the entertainment industry, including the likes of Shaheer Sheikh, Mayur Mehta, Rajshri Deshpande, and the list goes on.

On August 5, 2022, Mudasir Zafar took to his Instagram handle and shared a series of pictures from his wedding ceremonies with his wife, Saroosh Zarag. The couple looked stunning in their respective attires and simply won everyone’s hearts with their cutesy expressions and candid moments. Pictures from their pre-wedding ceremonies and D-day are all over social media and are receiving immense love from Mudasir’s fans. Now, soon after his wedding, in an interview with a news portal, the actor talked about his love story and other much-asked details about his wedding with Saroosh.

Recommended Read: Akshay Kumar Gets Emotional At ‘Superstar Singer 2’ After Getting A Voice Message From His Sister 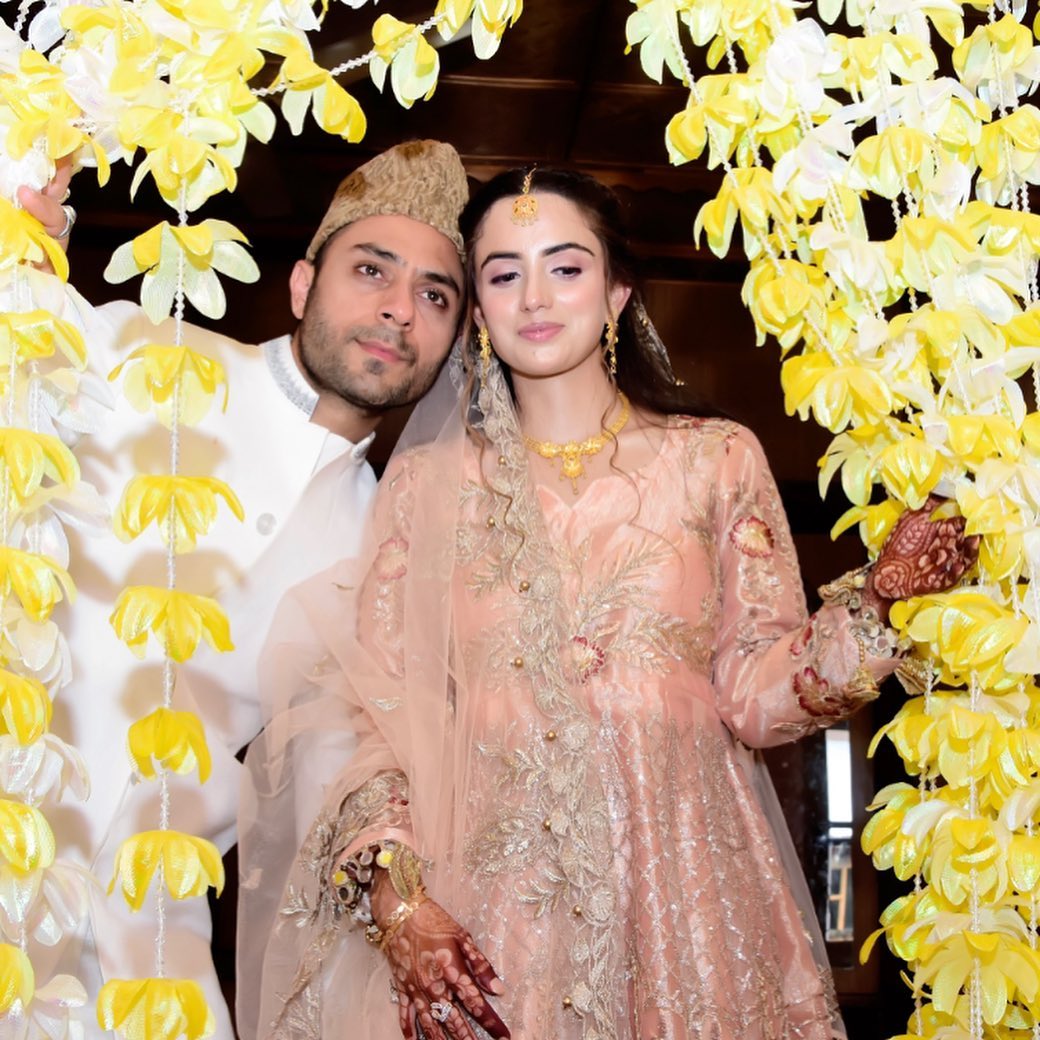 In an interview with ETimes, Mudasir Zafar talked about his marriage to the love of his life, Saroosh Zarag and shared some details about their love story. The actor revealed that it was his sister, who played Cupid in his love story with Saroosh, as both of them were close friends. The newbie husband also admitted that after a series of meetings with each other, they fell in love and started dating. Mudasir and Saroosh went on to date one another for almost one year, and when they thought the time was right, they told their respective parents about their relationship. After that, they got married on July 24, 2022, in Kashmir, in an intimate wedding. He said:

“Ours is a love marriage. Saroosh is my sister’s friend and that’s how we met. After a couple of meetings, we started dating. We dated for almost a year and then decided to get married. We had our dear ones for the ceremony and it was a happy moment.” 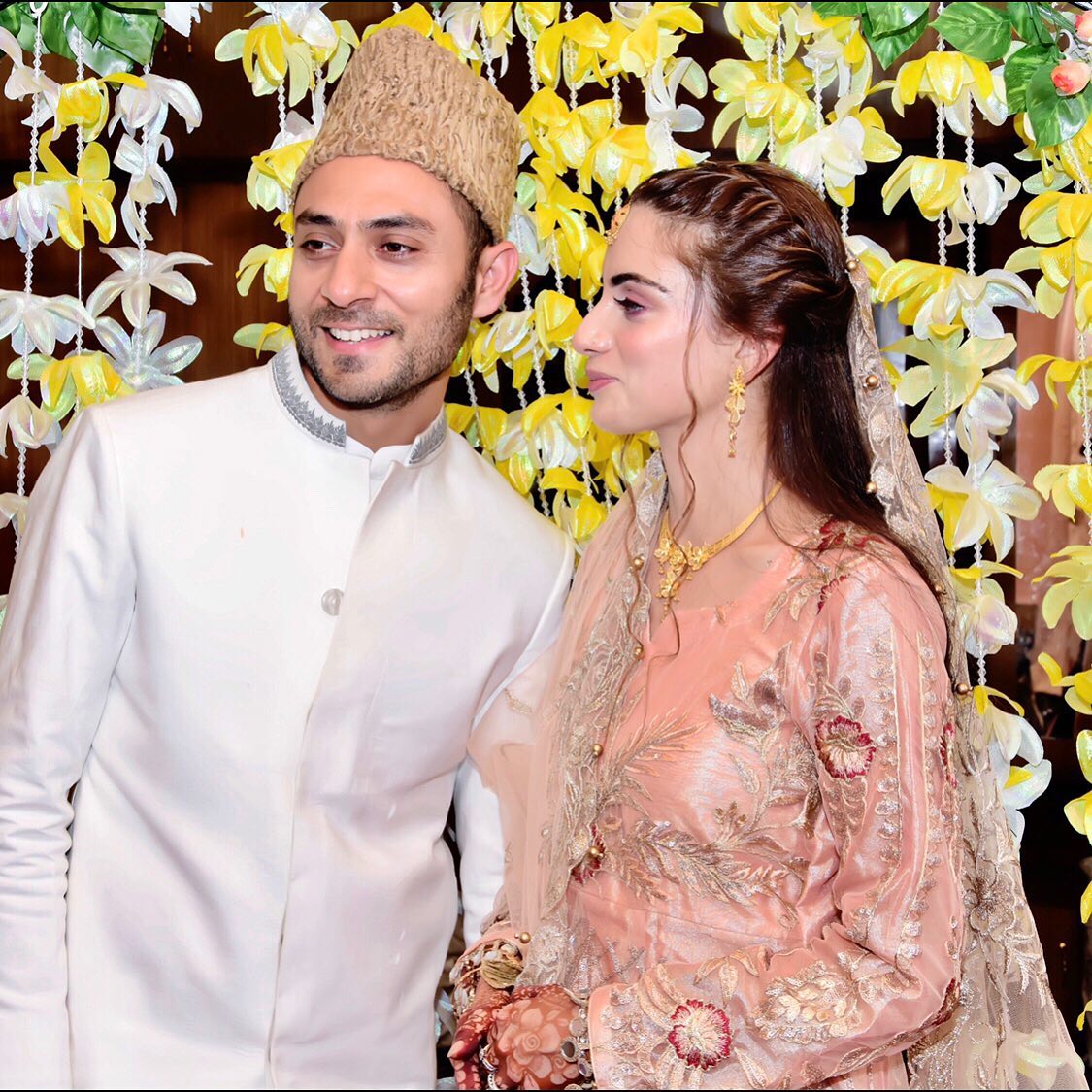 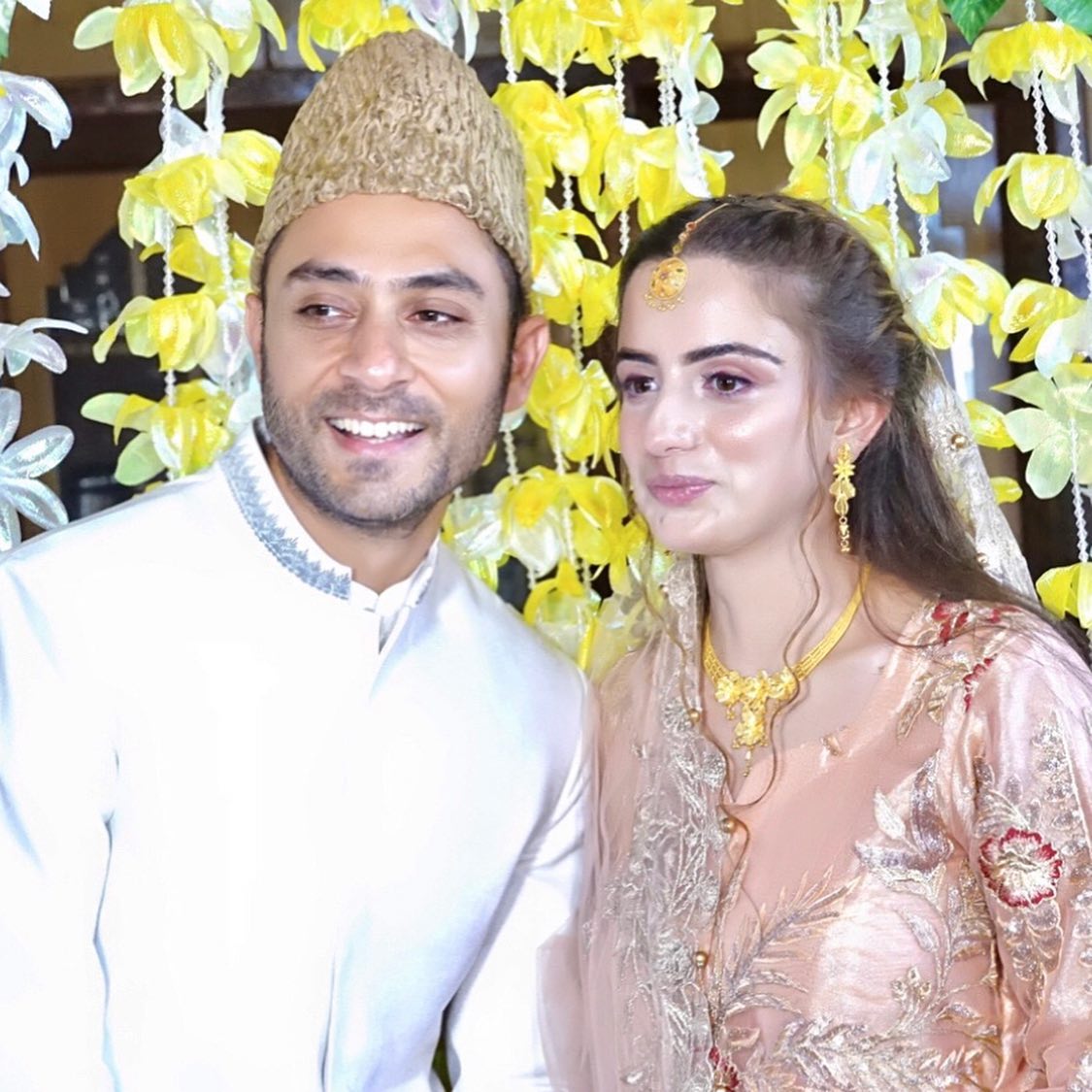 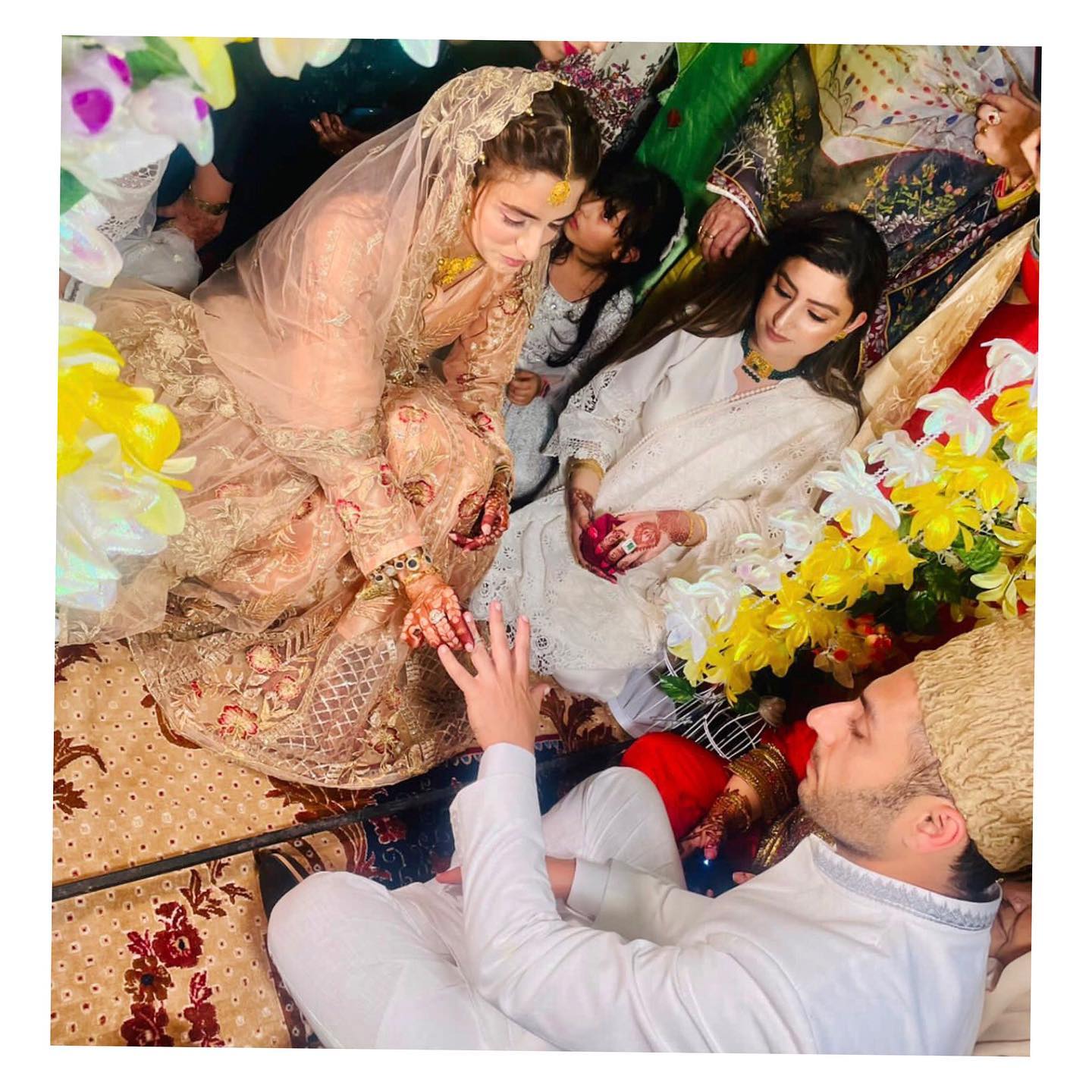 Going further in the same interview, Mudasir Zafar also talked about the reason behind getting married in his hometown, Bhaderwah, in Jammu and Kashmir. The actor admitted that his hometown is located in a serene place and added that the prime reason behind it was the beauty and picturesque scenes of J&K. Opening more about how beautifully the wedding went, Mudasir revealed that everyone enjoyed his nikaah ceremony and he will cherish the memories for the rest of his life. Reflecting on the same, he stated:

“The weather is lovely and it is such a beautiful place, which is why we decided to get married there. Everything went well, everyone enjoyed their stay. It will always be the most memorable experience of my life.” 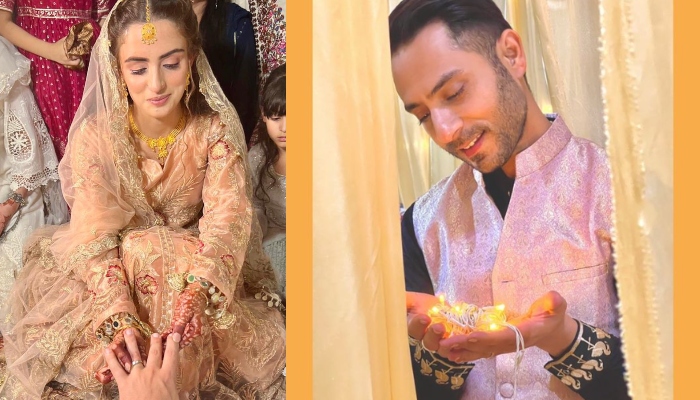 At the end of the interview, Mudasir Zafar also talked about his bond with his wife, Saroosh Zargar, before their marriage. Opening up about the same, Mudasir shared that both he and Saroosh are aware of the things that matter in a relationship and marriage right from the beginning. Highlighting the importance of communication, Mudasir admitted that he discusses everything with his ladylove. The actor also added that he had taken a 10-15 days break from work to spend some valuable time with his wife. He shared:

“We share a great bond; we are best friends first and then life partners. The secret of a good marriage is to communicate with each other well, and Saroosh and I have always done that. We discuss whatever is going on, good or bad. Right now, I am spending some quality time with my wife and will resume work after 10-15 days.” 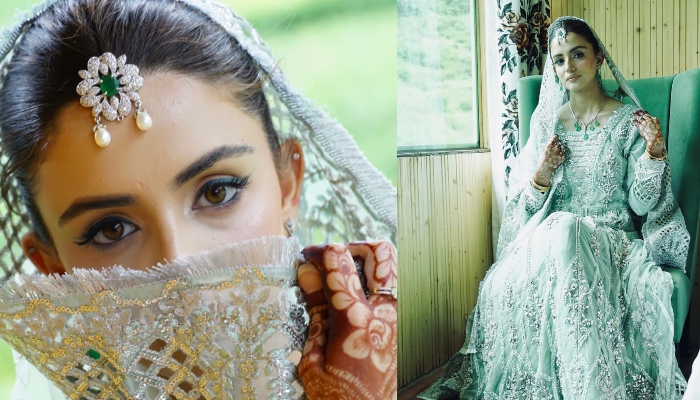 Heartiest congratulations to Mudasir and Saroosh! We wish them all the love and light.