Regina Cassandra’s and Nivetha Thomas’ next film is a Telugu remake of the Korean thriller ‘Midnight Runners’. Titled ‘Saakini Daakini’, it is produced by Suresh Productions, Guru Films and Kross Pictures Film.

As reported earlier today, the film will head to theatres on September 16. “Double the fun. Double the action. Shalini and Damini are here to slay! (sic),” the producers tweeted.

Revealing the date, the makers unveiled a poster in which the lead women are seen looking on seriously. “The dressing and the getup of the actresses are very analogous,” the makers said. The pink and neon blue colour palette has been chosen to convey an off-beat mood.

Mikey McCleary and Naresh Kumaran have done the music (with the latter taking care of BGM), while Gandhi Nadikudikar is its art director. Edited by Viplav Nyshadam, the film’s cinematography is handled by Richard Prasad. 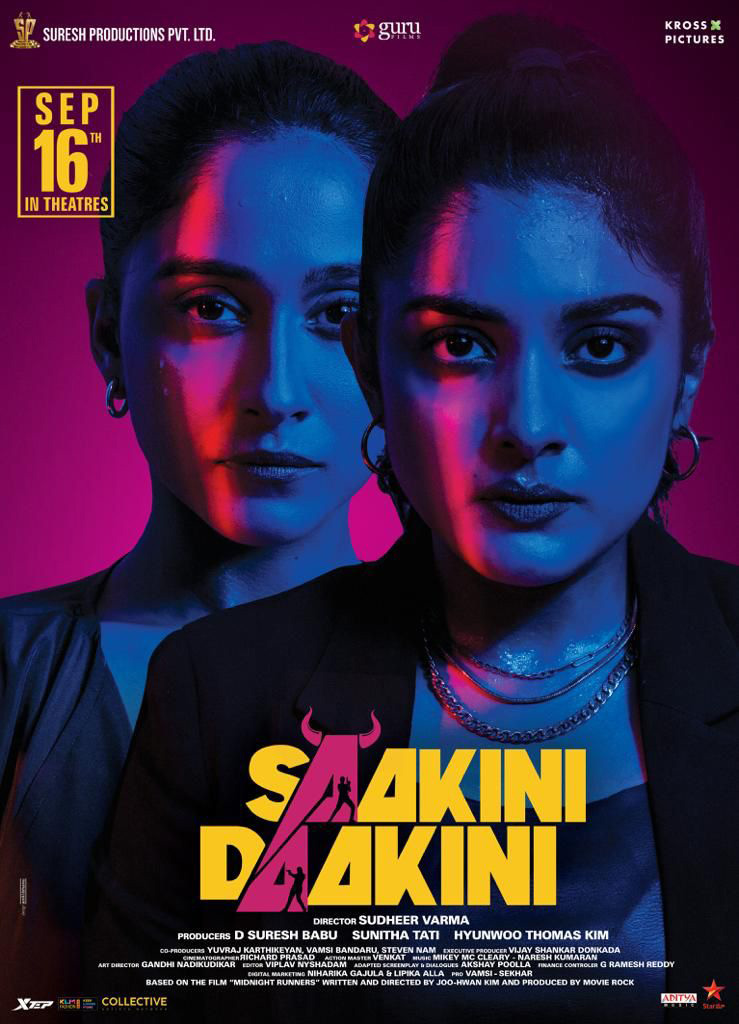