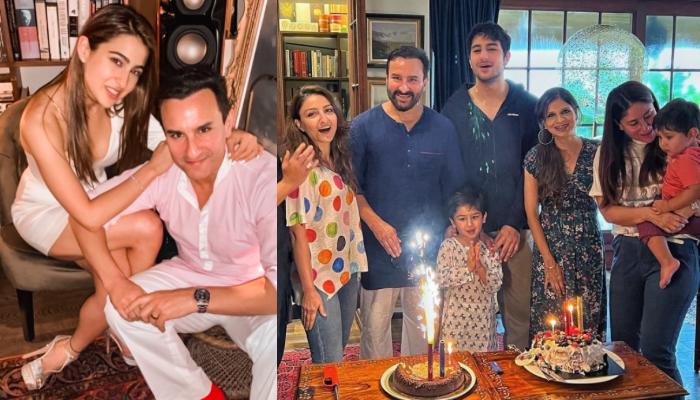 A father holds a very special place in a daughter’s life. As it is often said, a daughter is considered to be a “Daddy’s Princess”, and a father is always way more protective of his daughter and shares a special bond with her. Similarly, celebrities enjoy a very relaxed camaraderie with their dads. Saif Ali Khan’s daughter, Sara Ali Khan is one such star kid, who dotes on her father more than anything.

Sara was born to Saif and his first wife, Amrita Singh. Though her parents got separated due to reasons best known to themselves, Sara maintains a healthy relationship with her daddy and his second wife, Kareena Kapoor Khan. From going on lunch dates to shopping sprees, Saif and Sara are often spotted together in the city, exuding major daddy-daughter goals. 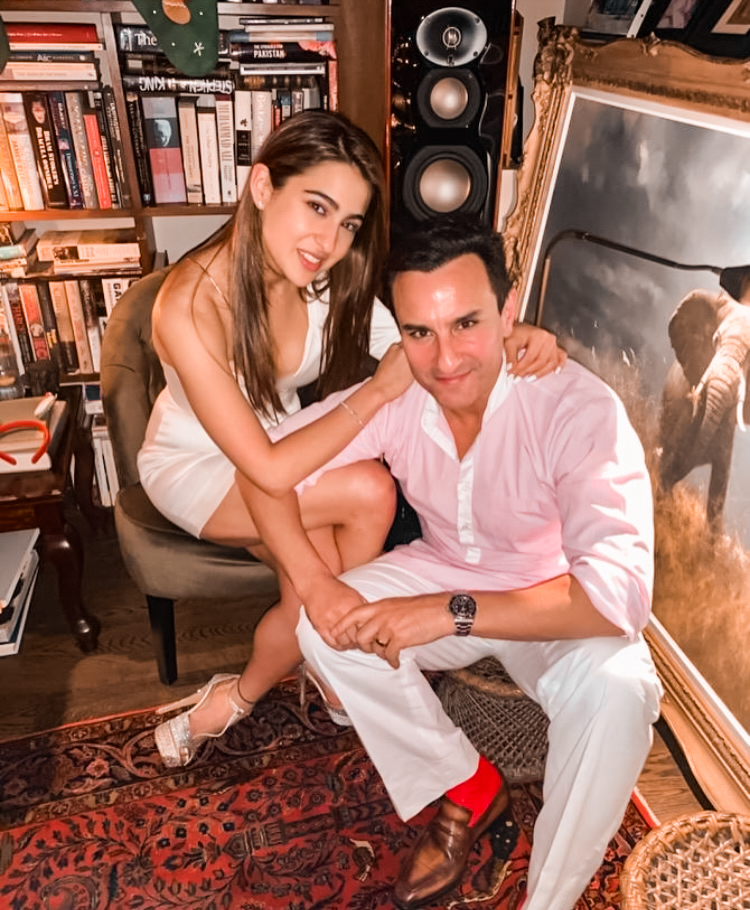 On August 16, 2022, Saif Ali Khan turned a year wiser, and to mark his special day, his dearest sister, Soha Ali Khan took to her IG handle and posted an array of pictures from the Pataudi king, Saif’s birthday celebration. As her brother is not on Instagram, the doting sister, Soha showed us how Saif enjoyed a cheat day with chocolate and vanilla cakes. In the picture, Saif was seen cutting the cakes, surrounded by his sisters, Soha and Saba, his wife, Kareena Kapoor Khan, their kids, Taimur Ali Khan and Jehangir Ali Khan. Though Saif’s elder son, Ibrahim was present, Sara’s absence from the frame made the picture look incomplete. Alongside it, Soha penned: 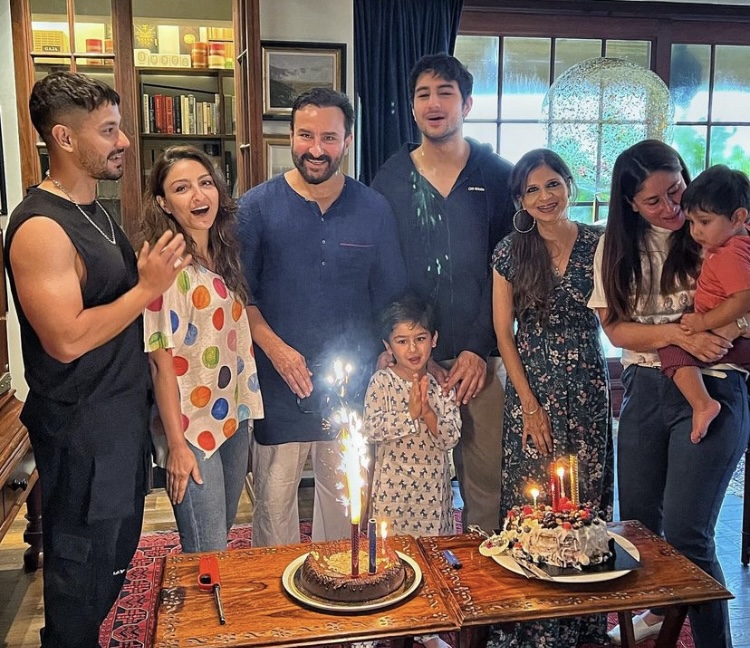 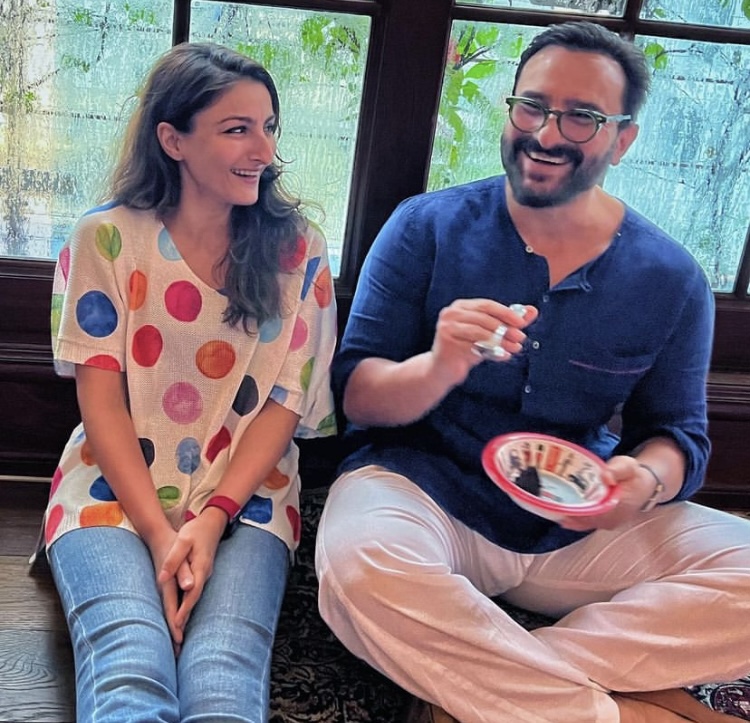 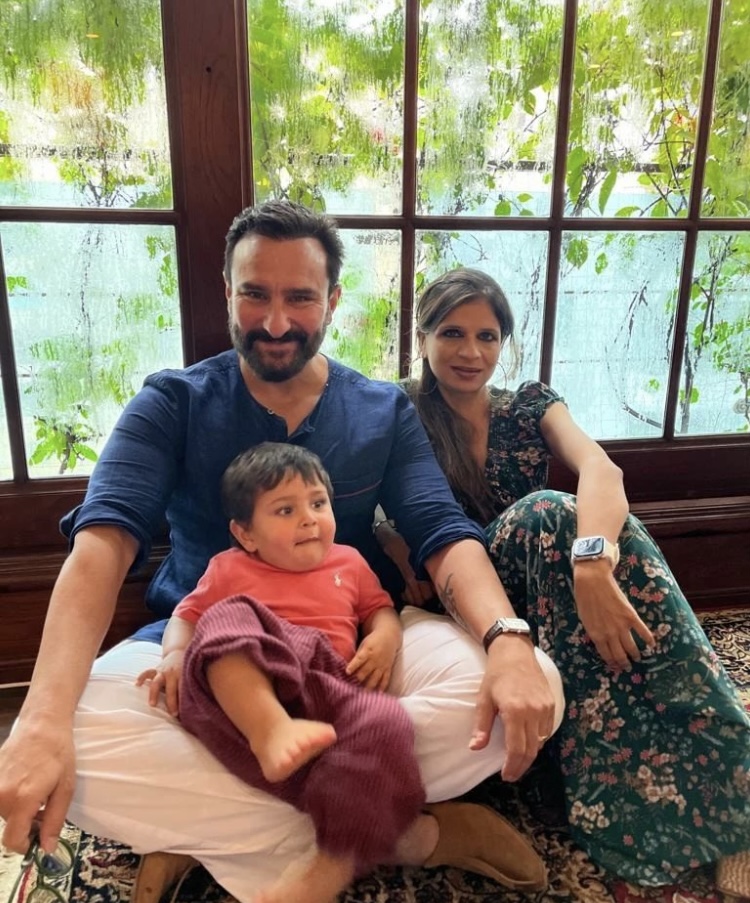 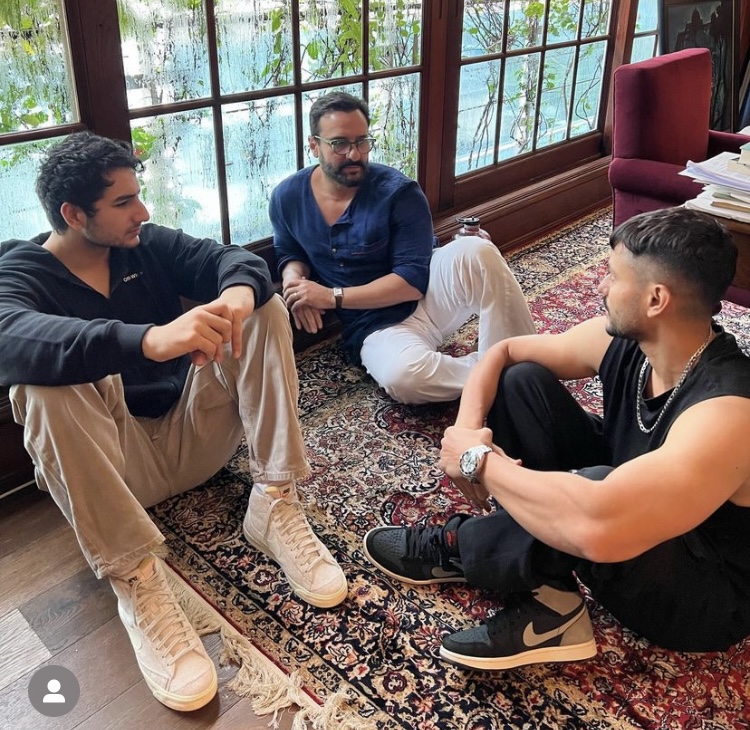 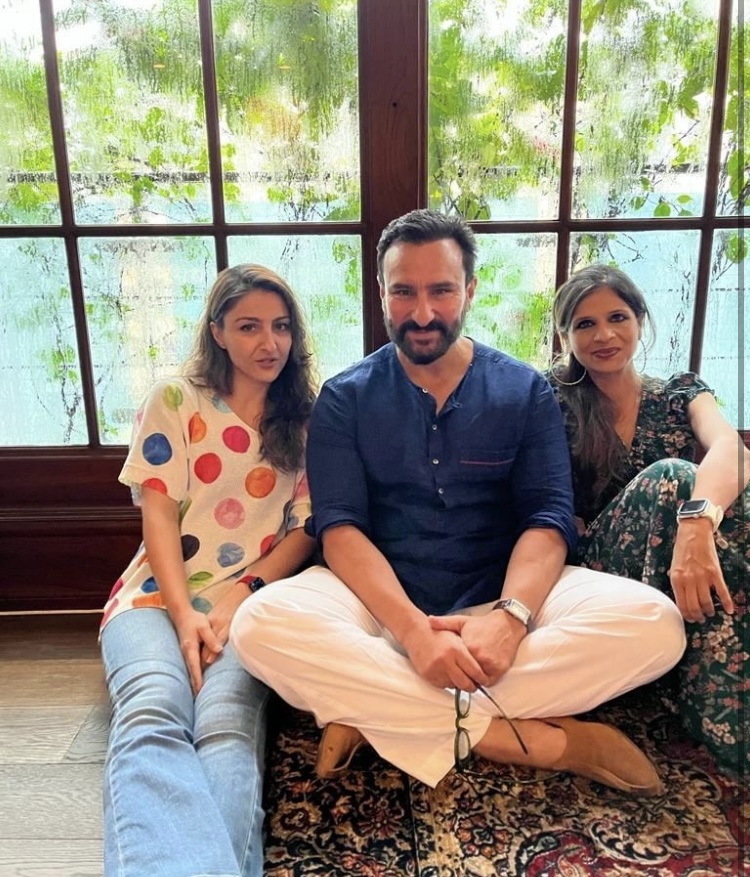 A few moments back, his elder daughter, Sara Ali Khan penned the sweetest birthday wish ever. Taking to her IG space, she shared three beautiful pictures with her abba jaan, featuring her growing-up years. In the first picture, Saif was seen pampering a toddler Sara, while in the second picture, a bubbly Sara was seen decked up in a lehenga and mehendi clad hands, posing with her abba jaan. However, the last portrait caught our attention the most as it’s a vintage photo, wherein Saif was seen holding a grown-up Sara in his arms on the street. Alongside it, she penned:

“Happiest birthday abba jaan. I will always be your first chape. #daddysgirl #fatherdaughter.” 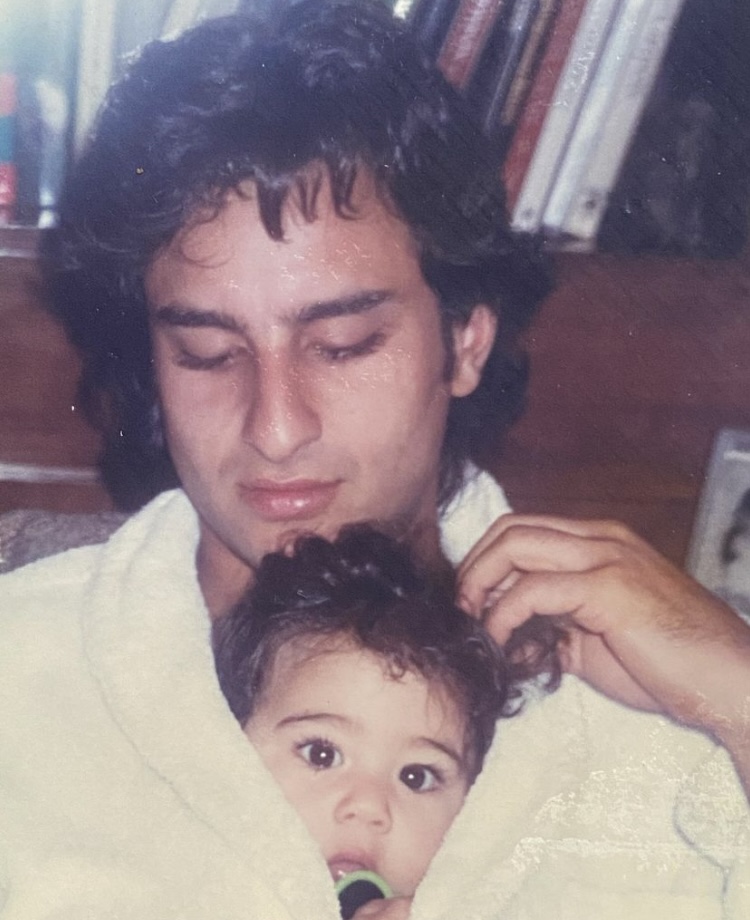 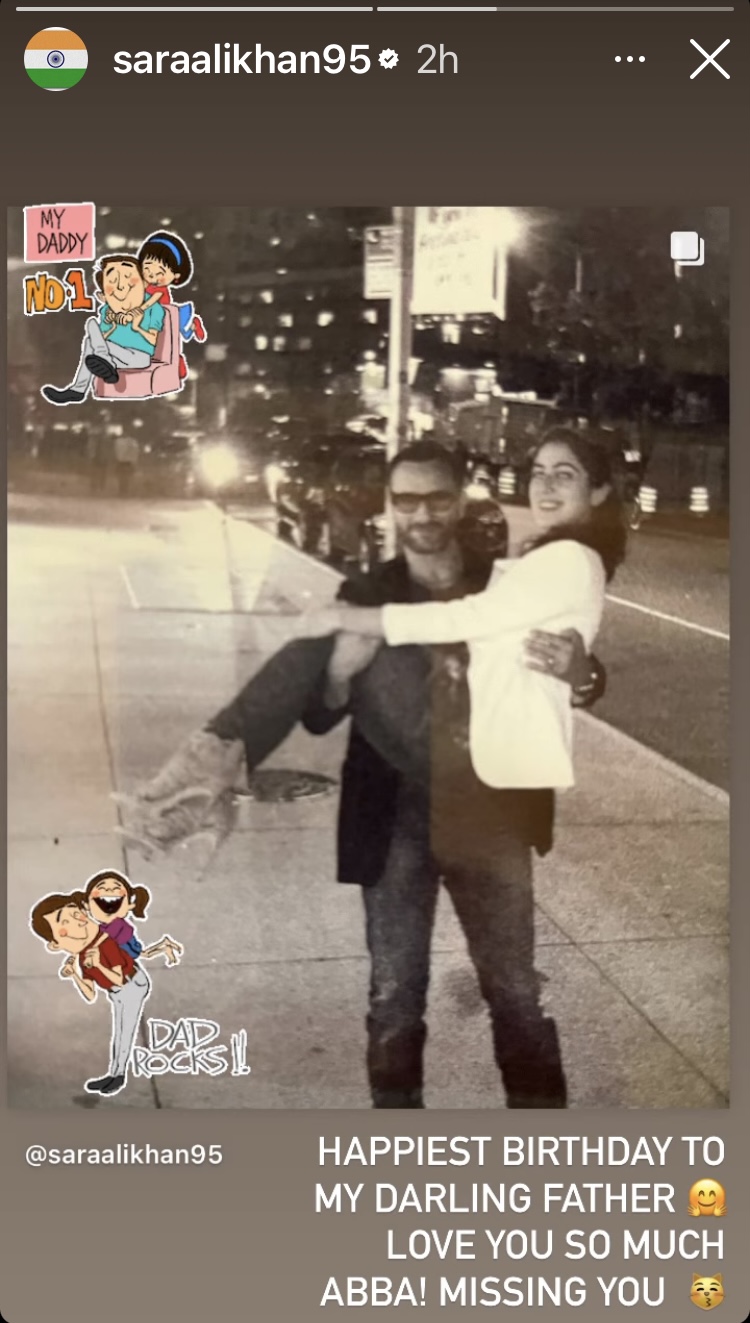 Earlier, in an interview with the Elle, Sara had opened up about her relationship with her abba, Saif and shared what they bonded over and its history. Yes, you read that right! Recalling her trip to Rome and visiting museums, she had said:

“Growing up, I realised that my father was extremely interested in history. We visited Rome and Florence together and went to every museum in the city. We are both always curious and that’s really all it takes—you should want to know.” 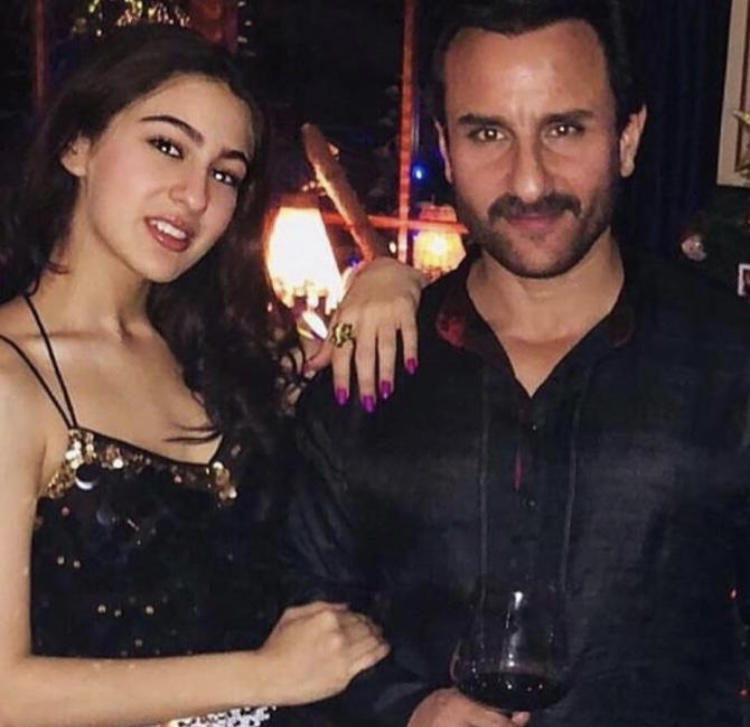 In the chat show, Voot Original Feet Up With The Stars Season 3 with Malini, Sara Ali Khan had talked about her equation with her parents and how she had dealt with their divorce. Talking about their divorce, Sara had stated:

“It’s very simple. If you see there are two options. Either live in the same house where no one is happy or live separately, where everyone is happy with their own lives, and you also get a different kind of love and warmth every time you meet.” 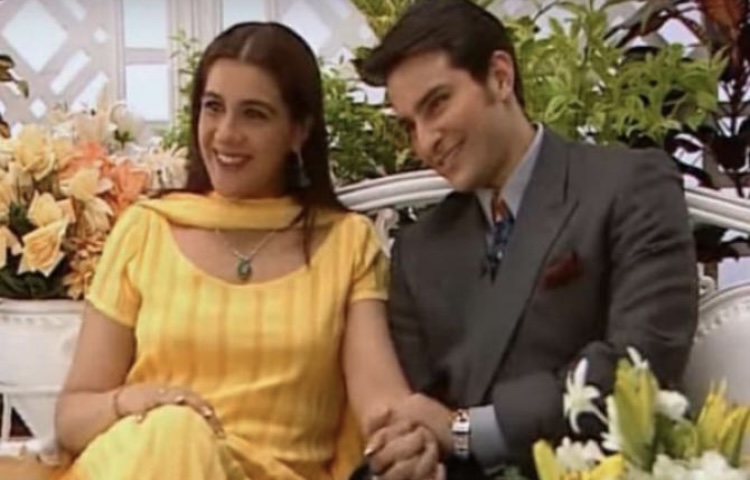