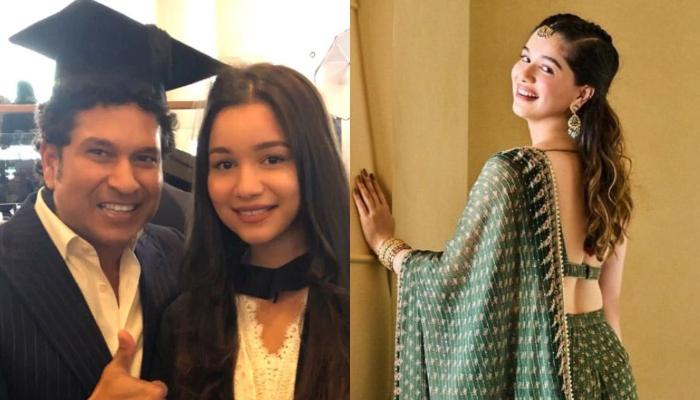 Sachin Tendulkar’s daughter, Sara Tendulkar is known for her impressive sartorial choices. Though the star kid prefers to stay away from the media glares, she often leads the headlines for her gorgeous looks and fashion statements. Recently, Sara turned muse for renowned fashion designer, Anita Dongre, and her pictures are going viral on social media. Needless to say, she looked like a dreamy vision.

For the unversed, Indian cricketer, Sachin Tendulkar had got married to the love of his life, Anjali Tendulkar on May 24, 1995, after dating for a few years. The couple is blessed with two kids, Sara Tendulkar and Arjun Tendulkar. While Arjun followed his father’s footsteps and joined the cricket world, on the other hand, Sara is currently enjoying her life and delighting her fans with her impressive fashion choices. 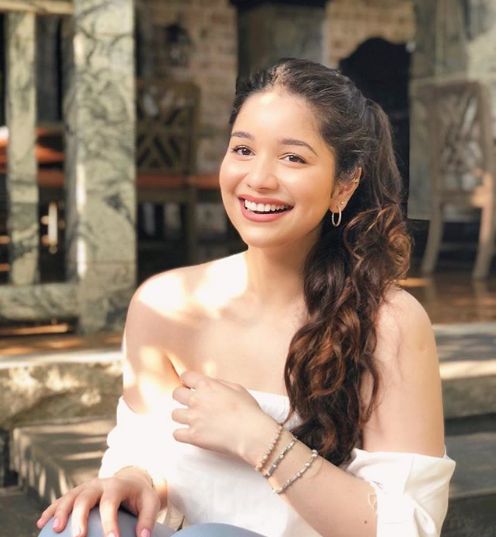 Recently, some new pictures of Sara Tendulkar have surfaced on the internet, as she turned muse for Anita Dongres’s new collection titled Homage. In the pictures, the diva is seen clad in a green-hued ethnic ensemble, exuding ethnic charm. Her outfit featured a stylish mini choli, gharara pants and a matching dupatta, which makes it a steal-worthy pick for the festive season. The gharara set is accentuated with delicate floral prints and sequined detailing, and it made Sara looked glamorous. Sara complemented her look with minimal jewellery, including a dainty maang teeka and a pair of earrings. She completed her look with a half-tie hairdo and minimal makeup. However, if you loved Sara’s ensemble and also wish to add it to your ethnic wardrobe, it is available on the designer, Anita Dongre’s official website. The beautiful gharara set can dig a hole in your pocket as it costs a whopping sum of Rs. 65,000. Check it out below: Earlier, we had got hold of some beautiful pictures of Sara Tendulkar from her photoshoot for the designer, Anita Dongre’s latest bridal collection. In the pictures, Sara looked pretty in a pink-hued lehenga featuring heavy golden threadwork all over it from the designer’s exquisite collection. She paired it with a stapped choli and a matching dupatta. However, what made the traditional ensemble trendy was the side pocket, proving that it is a perfect pick for modern brides. 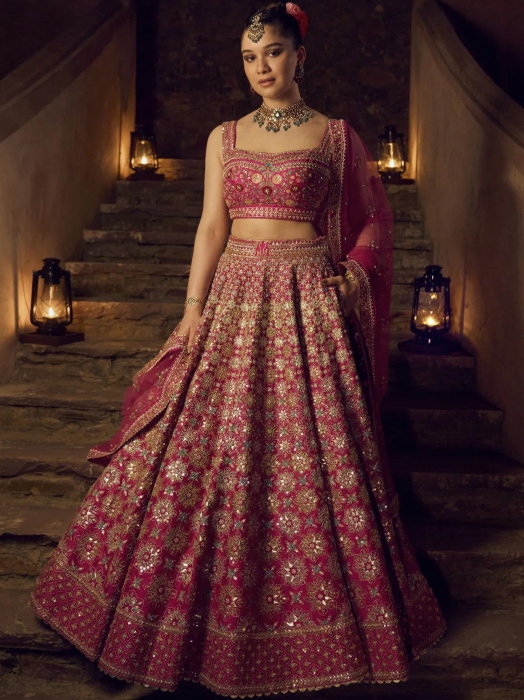 Sara Tendulkar looks utterly elegant in ethnic wear. What do you think? Let us know.

Next Read: Bollywood Celebrity Stylists And The Fee They Get: From Mohit Rai, Tanya Ghavri To Shaleena Nathani