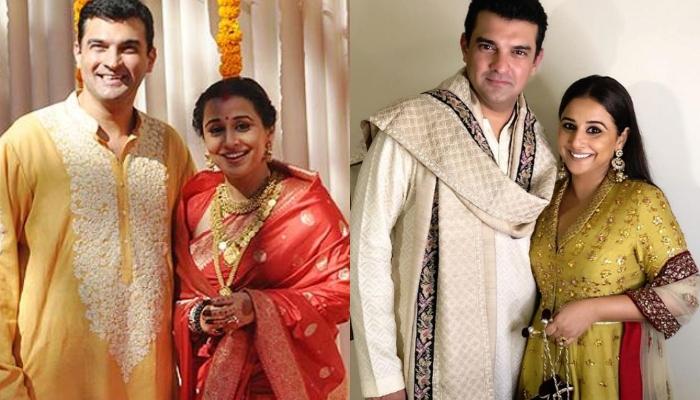 Popular actress, Vidya Balan has made a name for herself with her stunning acting skills and bold statements. She made her acting debut in 1995, with the sitcom, Hum Paanch. Since then, she has never looked back and has given one after another hit film. Currently, she opened up about the pay disparity in the industry and many other issues related to “Women, work and women at work”. She also revealed a few secrets from her married life with film producer-cum-husband, Siddharth Roy Kapur.

For the unversed, Vidya Balan had tied the knot with businessman and film producer, Siddharth Roy Kapur, on December 14, 2012. Though the versatile actress isn’t much vocal about her personal life, she is often spotted with her hubby and glimpses of the same prove the beautiful bond they have with each other. 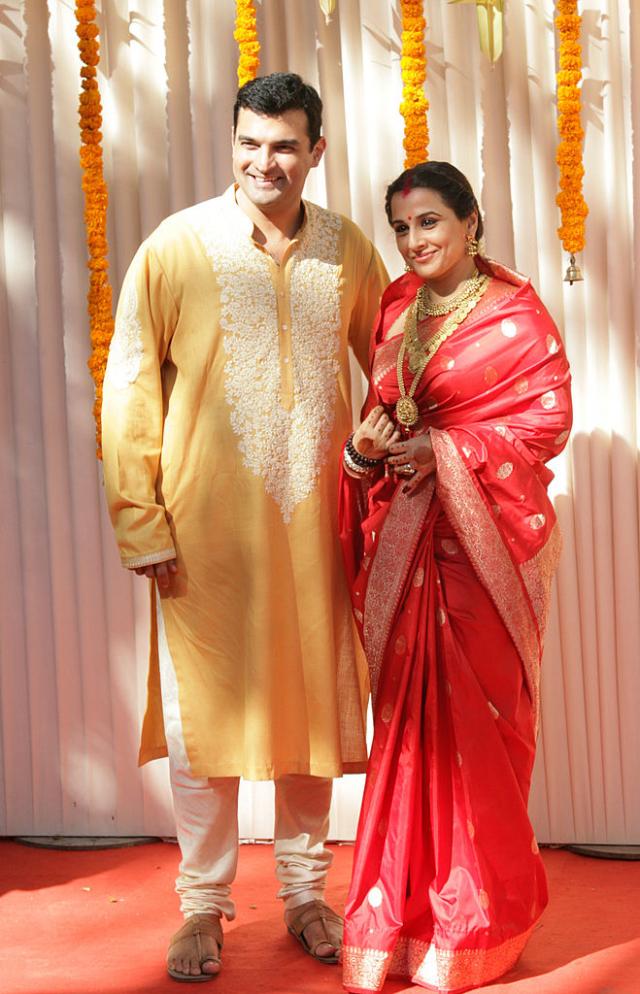 On August 5, 2022, Vidya Balan hosted a #AskMeEverything session on her IG handle, and her fans asked her many questions related to “Women, work and women at work”. Not only that, Vidya too gave befitting answers to each one of them. When one of her fans wrote, “Women can’t do things”, to this, Vidya penned, “Are you telling me or asking me.” She was also asked why women are being paid lesser than men. To this, Vidya replied, “Is sawal ka jawab mujhe bhi chahiye.” Vidya also gave some witty responses on how women should deal with guilt trips of prioritising themselves, whether there is anything wrong with being a homemaker, why most company CEOs are male and many more. Check out: 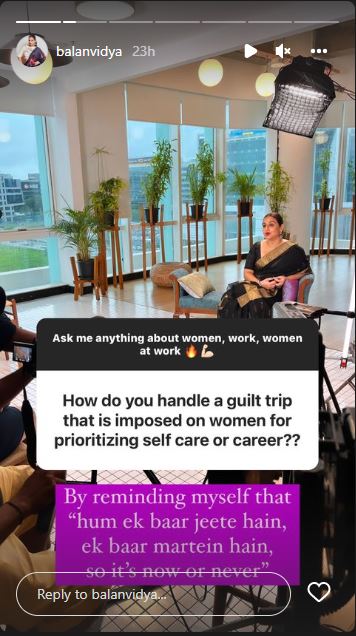 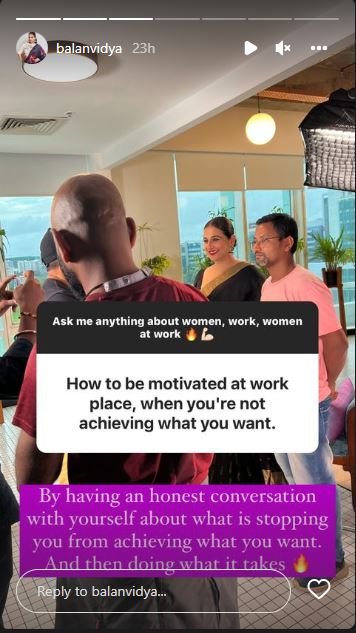 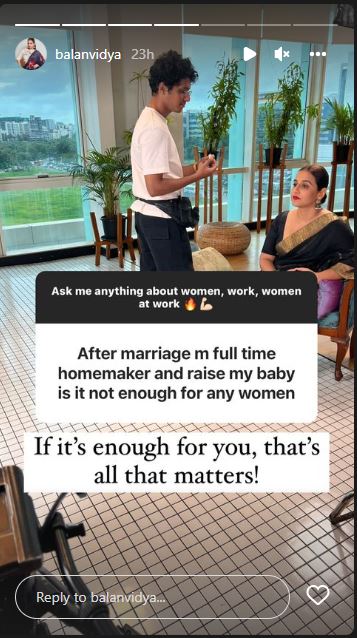 In the same session, one user asked her how her work life changed after marrying her darling husband, Siddharth Roy Kapur. To this, she replied, “It did, for the better. It was ‘I work’ before, it became ‘We work’ now.” Vidya also spilt some beans by answering whether her hubby helps her or not in the household works by saying, “Very! It’s OUR house after all!” Another fan of hers asked if being financially dependent on their husband is wrong. To which, the actress answered:

“No, Not at all, it’s her choice, but I personally feel coffee tastes better when you can afford it yourself.” 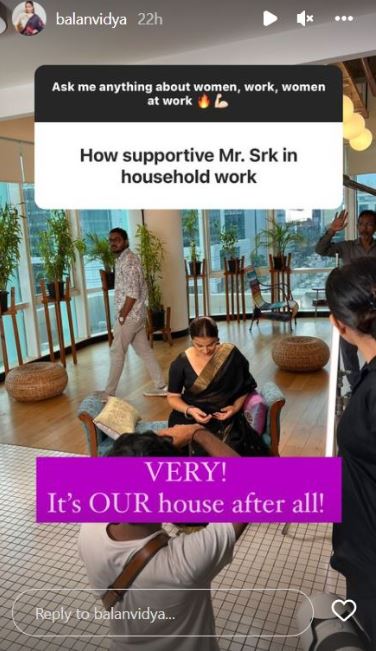 Earlier on July 28, 2022, Vidya Balan had made an appearance at one of her friends from B-town, Huma Qureshi’s birthday bash. In the glimpses shared by the paps, she looked stunning in a co-ord set. However, it was her way of walking that ignited pregnancy rumours, and it seemed like she was trying to hide her tummy. As soon as the video was uploaded on social media, netizens started wondering if she is pregnant and trying to hide her baby bump. One Instagram user had written, “Is she pregnant?” while another one commented, “Why was she holding her shirt at the back?” Check it out: 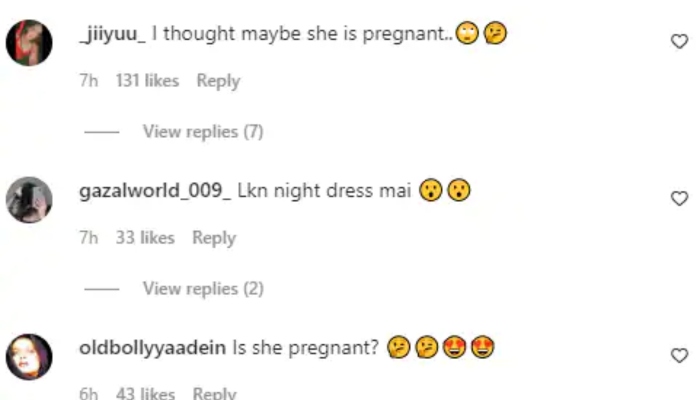 On the work front, Vidya Balan will be seen in her upcoming film, Neeyat.

Suggested Read: Ahead Of Hrithik Roshan-Saba’s Wedding, His Ex-Wife, Sussanne Is All Set To Tie Knot With Arslan